“A History of the Technology that Powers the Internet”

In celebration of the 50th anniversary of the Internet, UCLA Samueli School of Engineering hosted a sold out forum to discuss the current state and future aspirations of our connected world with leading technologists and visionaries. Among the panelists and speakers were Ashton Kutcher, Eric Schmidt, Peter Theil, Mark Cuban, and one of the Internet “founding fathers” Leonard Kleinrock.

Spencer Trask & Co. Chairman Kevin Kimberlin was honored to give a keynote presentation in support of this milestone event that reflected on the many unsung heroes who were instrumental in building the foundation for the Internet, including Gordon Gould, inventor of the laser. Mr. Kimberlin also shared his experience as co-founder of Ciena Corp., which commercialized the first dense wave division multiplexing (WDM) system—the technology that powers the Internet and global communications of today.

Commercialization of the Internet

The world was changed forever in the year 1993 when several factors converged to unleash the awesome potential of the commercialization of the Internet.

The first piece was Tim Berners-Lee release of the code that became the non-proprietary World Wide Web in May of 1993. In doing so, he introduced Hypertext Markup Language (HTML) that allowed for the simultaneous transmission of not only text between web browsers, but also images, video, and audio content. At that time, according to Mr. Berners-Lee, only 70 WWW servers existed in the entire world. By December 1994, that number had grown to more than 10,000 servers.

The second major development was the National Information Infrastructure Act of 1993, passed by the U.S. Congress in July of that year. Among the components introduced in the legislation was the requirement that the National Science Foundation (NSF) allow public access to applications of computing and networking advances that had previously only been made available to universities, libraries, and government agencies over the NSF Network or NSFNET. As a result, for the first time, private businesses began to carry much of the traffic between individual browsers in order to use the Internet to sell goods and services.

The final development, and probably the most important ingredient in revolutionizing commercialization of the Internet, was Ciena Corporation’s dense Wave Division Multiplexing (WDM) system. Ciena Corporation, a company co-founded by Kevin Kimberlin and David Huber, and aided by Optelecom, a company co-founded by Gordon Gould, the inventor of the LASER (Light Amplification by Standard Emission of Radiation), capitalized on the potential of Gould’s application for laser-pumped light amplification for Internet communications using light as opposed to sending information over copper wire.

Why The Need For the Optical Amplification?

Prior to the passage of the National Infrastructure Information Act (NIIA), many commercial firms had realized the capacity to sell goods and services over the Internet and built their own Internet network architecture.  As a result of the NIIA, these firms could connect with users over the NSF supercomputer system using NFS established protocols.

Sprint was an early leader in terms of carrying traffic for the U.S. Internet. Yet in spite of this leadership position, the World Wide Web and the NSFNET privatization caught even the aggressive planners at Sprint flat-footed. In one year (between 1992 and 1993), the Sprint network utilization rate grew from 55% to 65% and by 1995, certain routes were completely overloaded. It was as if commercial demand created a need for semi trucks to haul information but only one-lane cart paths existed to handle the traffic. Greater bandwidth was called for. Sprint turned to Ciena.

Ciena Corporation was determined to develop a system that could use waves of light to send information. However, the light usually dissipated inside clear fibers. This led to the development of an all-optical amplifier to increase bandwidth, which essentially led to the commercialization of the Internet.

Before the amplifier, Ciena tried to separate light waves into different frequencies with no success. But the dual-stage amplifier corrects the wave shifts with the first stage and boosts the signal with the second. This allowed them to send large amounts of data over long distances for the first time.

When the amplifier was finished in 1993, only 1 percent of telecom traffic was carried through the Internet. But by 2008, that percentage grew to 97. Thanks to this groundbreaking innovation, the Internet is now the backbone of our society and one of the main ways that modern companies do business. They use the Internet to boost their company as well as connect with customers all over.

No matter where you go on the Internet, you’ll see the effects of commercialism. And now that you know the Internet commercialization history, you’ll understand the journey the Internet has taken to get where it is today. 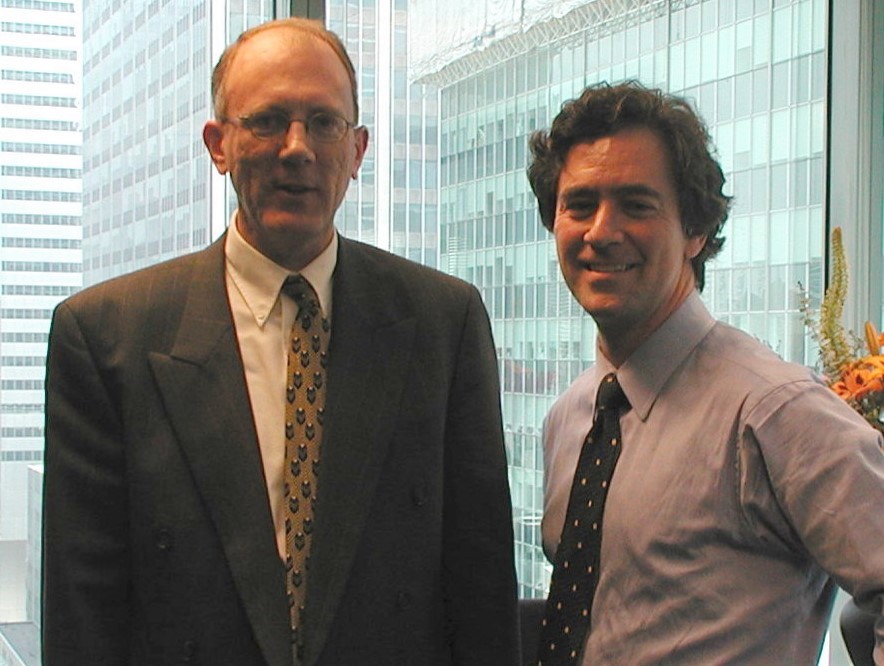 by JEFF HECHT
In the decade from 1996 to 2005, breakthroughs in fiber optics and networking transformed society and laid the groundwork for the global internet. The same decade showed how technological breakthroughs could bring economic turmoil.