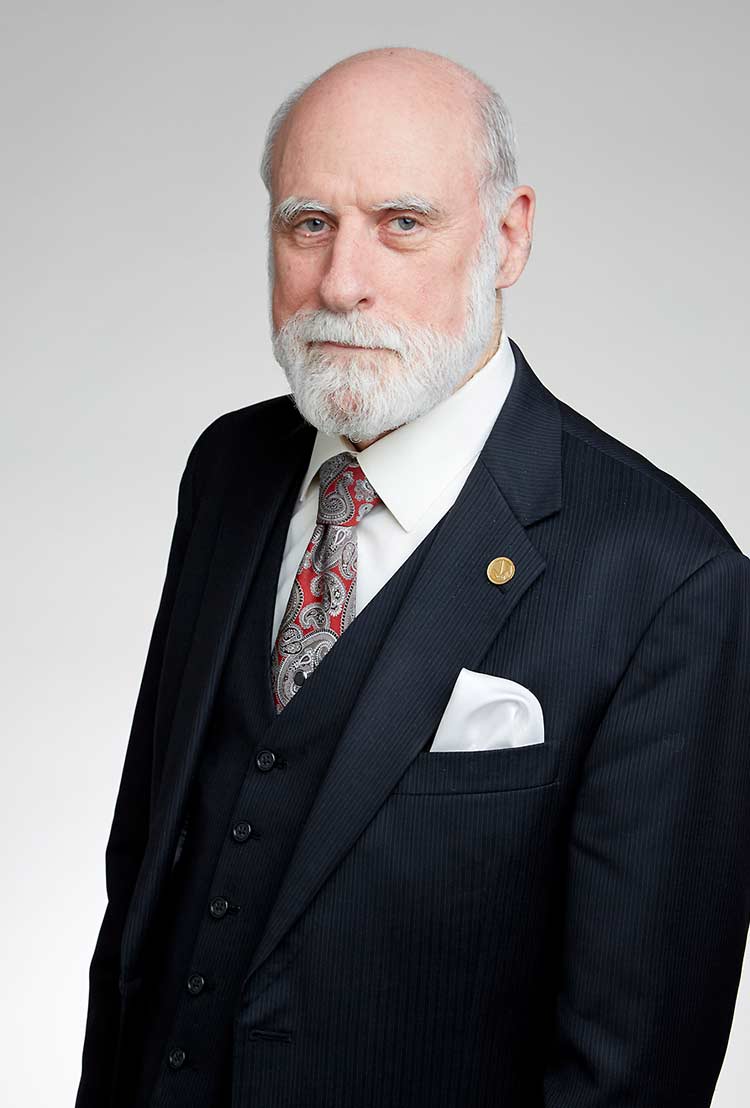 Dr. Vinton Cerf, an American computer scientist, is considered the inventor of the internet alongside Robert Kahn. He helped co-design the TCP/IP protocols which eventually lead to the development of the internet and internet-related data packet technologies. In 1965, Cerf received a bachelor’s in mathematics from Stanford University before attending UCLA where he got both a master’s and doctorate in computer science. At UCLA, Cerf worked in the laboratory of one Leonard Kleinrock to help develop the communication protocol for ARPANET. This protocol would become the first computer network-based packet switching technology. Upon finishing the ARPANET and receiving his doctorate in 1972, Cerf returned to Stanford as faculty of the computer science and electrical engineering school. In 1973, Robert Kahn approached Cerf to help him create a network of packet-switching networks which, in time, lead to the creation of the internet.

Currently, Cerf has served as Google’s vice president and chief internet evangelist since 2005. His duties include finding new technologies to enable and support the development of new, Internet based products and services. From 2000-2007, he served as chairman of the board for the Internet Corporation for Assigned Names and Numbers (ICANN).

Vint Cerf’s awards include the U.S. National Medal of Technology, awarded by President Bill Clinton in 1997 for their instrumental role in developing the internet. Additionally, he was the recipient of the ACM Alan M. Turing award (2004), Presidential Medal of Freedom (presented by George Bush in 2005), the Queen Elizabeth Prize for Engineering (2013), and the French Legion of Honour (2014) among many others.