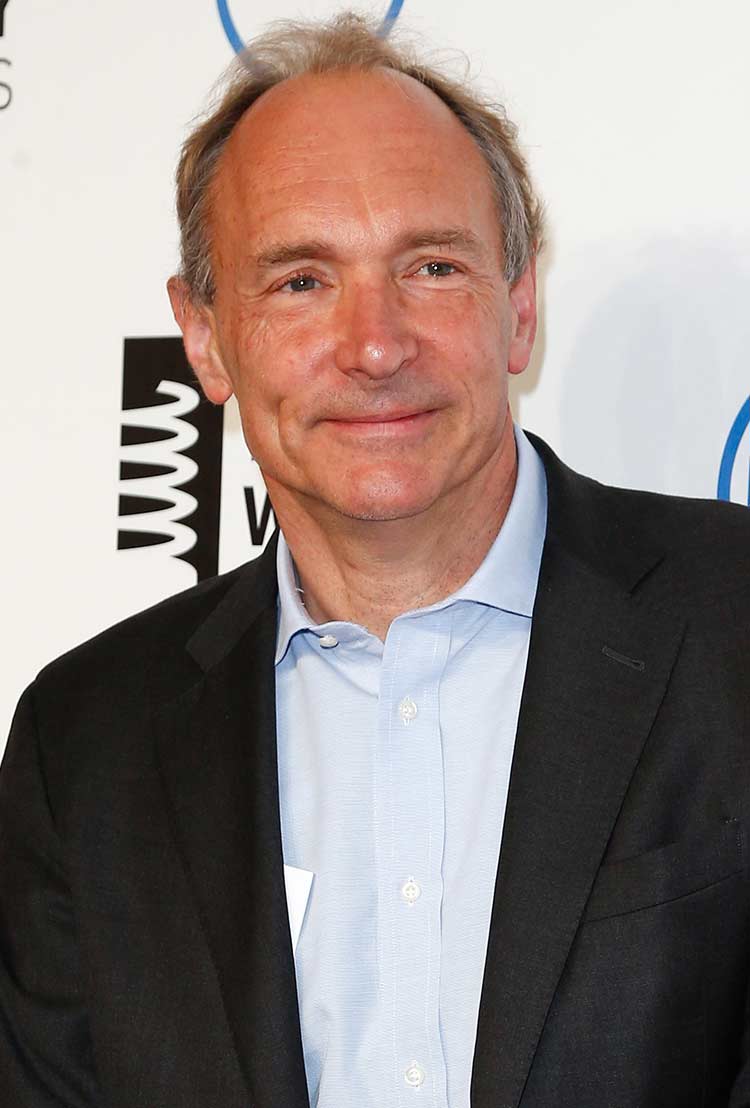 Sir Tim Berners-Lee, a British computer scientist, has been credited as the inventor of the World Wide Web. Upon graduation from the University of Oxford in 1976, Berners-Lee designed computer software at Plessey Telecommunications Ltd. Following Plessey, he held several other positions including software engineering consultant at CERN, the European particle physics laboratory in Geneva. After leaving CERN, Berners-Lee worked for a few years at Image Computer Systems Ltd.

In 1984 he returned to CERN to design the laboratory’s computer network, creating a way for computers to communicate with one another. A few years later, in 1989, Berners-Lee proposed what is now known as the global hypertext document system leading to the first website ever. This would now allow researchers to share their information online without having to email back and forth to one another. These first websites led to the creation of the World Wide Web.

Queen Elizabeth II of the United Kingdom awarded him knighthood in 2004 the same year he was also awarded the inaugural Millennium Technology Prize by the Finnish Technology Award Foundation. In 2001, Berners-Lee became a Fellow of the Royal Society in London.